This December, over 150 students took part in Ashley Hall’s annual holiday production of The Christmas Play which has been performed every December for nearly a century. Due to its longstanding history, hundreds of current students and alumnae alike have played multiple parts in the play that offers a beautiful retelling of the Nativity story, whether it’s as a shepherd, a king, a Red Choir member, or perhaps most special, an angel.

Each year, six first graders are chosen to be “baby angels” in the play, while seniors who have participated in the play before are invited to be “senior angels” to celebrate their last year as a part of this School tradition. This year, four members of the Class of 2023 felt their memories come full circle. 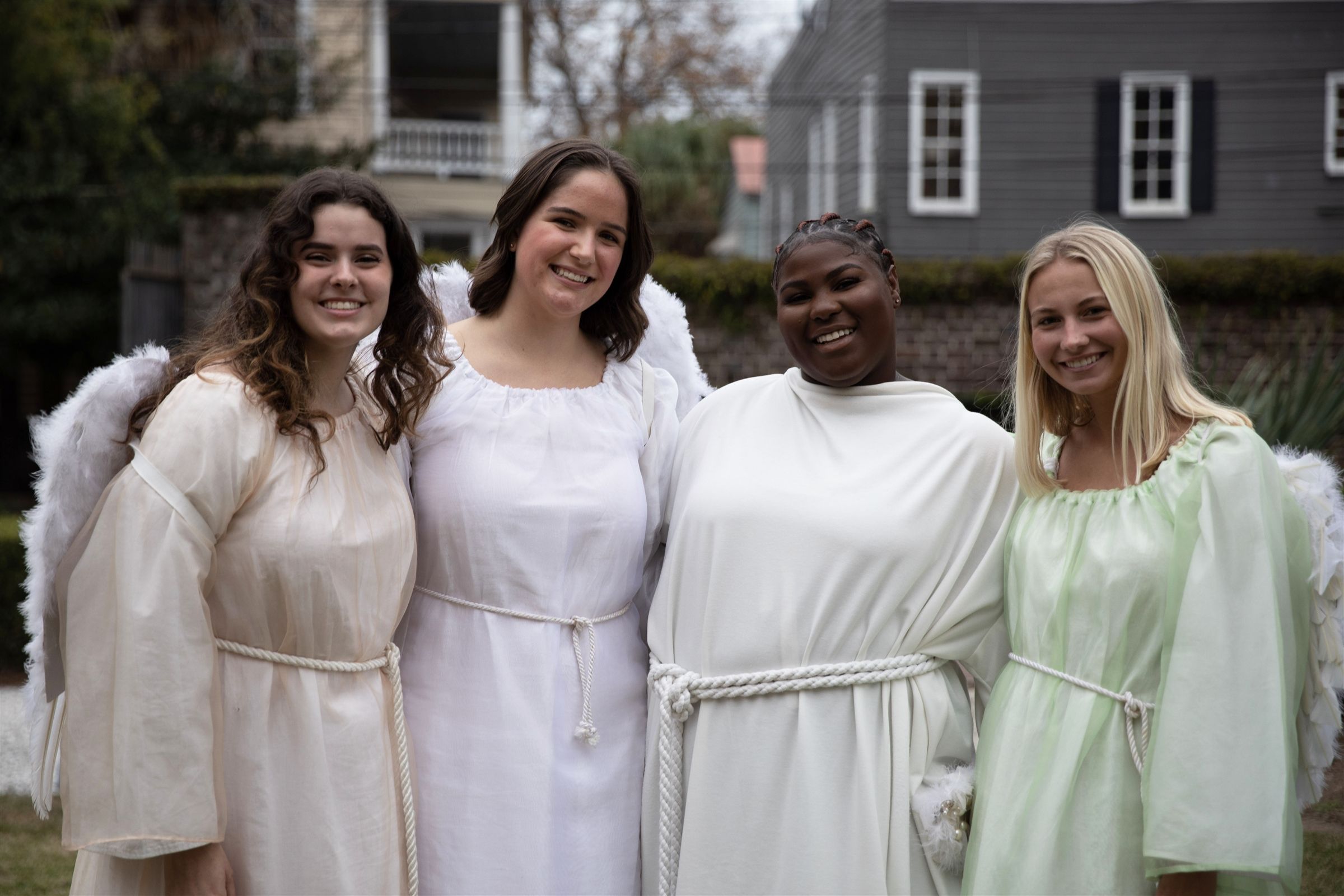 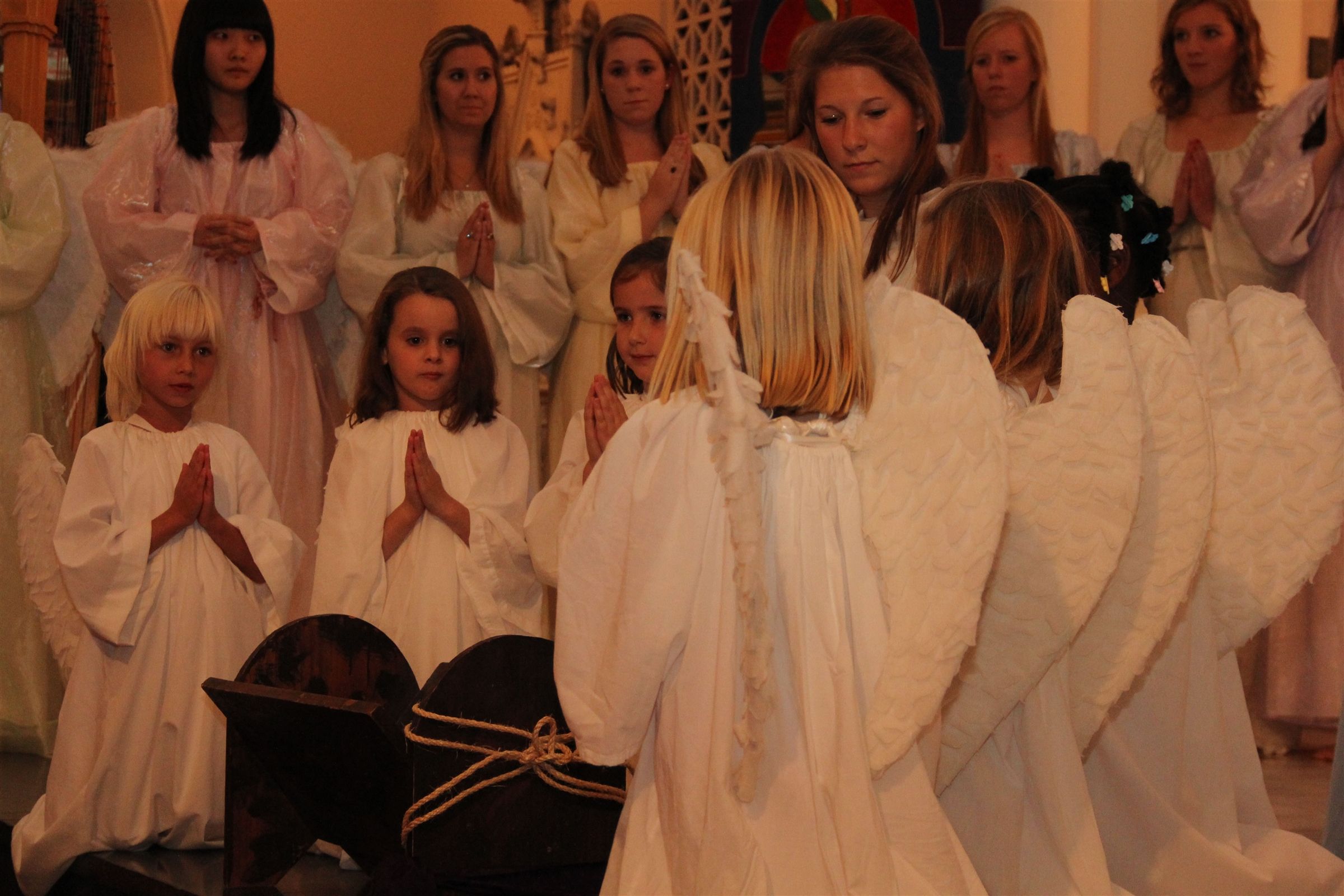 On December 9, 2022, former baby angels Emily Joye ’23, Julia Richards ’23, Jania Seabrook ’23, and Brice Tibbals ’23 (top photo above) made their entrance into the Cathedral Church of St. Luke and St. Paul as senior angels. Below, they can be seen on stage, prayer hands in perfect position, as first-grade baby angels on December 1, 2011.

No matter the part they played, all 41 members of this year’s senior class are soon to join the ranks of Ashley Hall alumnae who hold similar special memories from The Christmas Play, including our very own Head of School Dr. Anne Weston ’73.

“What I love most about this Ashley Hall tradition is the imprint it leaves not only on participating students, but also on the community at large,” says Weston. “The Christmas Play has been a part of my life since 1961 when my family and I, as a first grader, began attending this annual performance. Over the years, I was involved in performances that were staged in churches all around town, but the most special production of all for me was my final one. I was a senior angel and my younger sister, eleven years my junior, was a baby angel at the side of the manger. We still cherish sharing such a special and meaningful experience.” 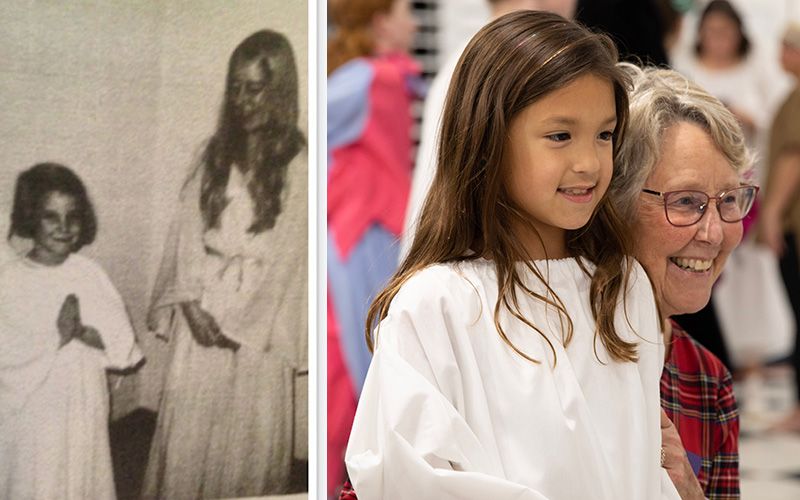 Above left: Dr. Weston stands as a senior angel in December 1972 with her younger sister, Ama Thornhill Couch ’84, before the big show. Above right: Dr. Weston smiles with baby angel Elisa Waring ’34 before this year’s production of The Christmas Play.